Come build your dream home on this beautiful 2+ acre corner lot located in the quiet neighborhood of Portobago Bay. Utilities, well and septic (approved for 4 BR) are al...

Nestled in the beautiful Portobago Bay Community is this beautiful water/pond view lot. Build your dream home in the peaceful surroundings with amenities to enjoy such as...

Nestled in the beautiful Portobago Bay Community is this beautiful 2.03 acre lot. Build your dream home in the peaceful surroundings with amenities to enjoy such as, lake... 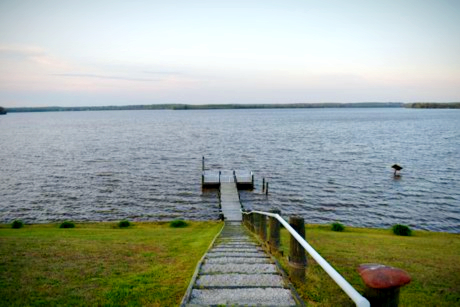 Portobago Bay, on the Rappahannock, was once occupied by the Nantangtacund Indian Tribe. The village and chief lived on the northern side of the Bay near present day Snowden Road. Captain John Smith described passing vast Indian settlements on his famous discovery of Virginia. In 1608, he discovered a beautiful area situated five miles south of the town of Port Royal on the Rappahannock River. The Nantangtacunds were described as friendly docile people.The bay was formed over thousands of years of river flow to form a very wide river basin. Wide river views are panoramic and over one mile in distance of width. This is quite rare for the Rappahannock River, known for it's strong current and deep narrow channels. These views are the widest for at least 100 miles. The water depths in the bay varies anywhere from 3 to 6 feet. This makes the bay special for the shallow depths tend to keep out excessive boat traffic. All is left is the peace and quiet and most remarkable views you can imagine. Portobago Bay was formed in 1985 by developer Carl Silver. Before the development, this land was once a cattle farm owned by the Baylor family. The original home of the historic "Portobago" plantation originated in the 1700's and was owned by the Waring family. The remnants of this house still stand in a grove of trees on northern point of Portobago Bay. This area is rich in history.
I fell in love with this place back in 1988 while working for the Caroline County Sheriff's Office. The community always welcomed local law enforcement with open arms. I recollect times of just sitting at the very end of the very long dock and leaving my stress behind. I vowed to make my home here. In the year 2000, I purchased My lot 100 on the Portobago Creek. My wife, Christen, and I built our home here. We raise our five year old twins, Thomas and Rachel, in this community. We all enjoy family walks around Portobago Trail where it's not unusual to pass three or four other families doing the same. Road traffic on these state maintained roads are at a minimum. We bike ride. We fish at the commons area on the river and on Lake Powhatan. The community consist now of around 45 homes with a total of 106 lots. Some residents purchased their neighboring lots to avoid congestion. These residents are all just like family. We have about 5 get together a year, usually at the Reynold's Pavilion at the river commons area. We have numerous picnics for all occasions. There is a crime awareness day in which our children enjoy the company of McGruff, The Crime Dog. There are games for the kids to play and get to know their local law enforcement, curtious of the Caroline Sheriff's Office. We have a neighborhood crime watch program in effect here. I head that committee. I even have such a great relationship with our Sheriff's Office that they welcome our calls anytime, even if we are going out of town and want an officer to make sure our homes are safe until our return. If I were to define true paradise, it would be my Portobago Bay. The Bay is located far enough away from the hustle and bustle to be peaceful, yet close enough to be convenient. Our community consist of doctors, lawyers, CEO's, nurses, teachers, bankers, military personnel, engineers, and retired professionals, etc. We welcome you. Now, the secret is out.

What Clients are saying about us!

Tom Smith was awesome. A very friendly person who listens to your desires and requests. He was very easy to work with, he really cares about his client. Amanda helped significantly and did an outstanding job. Tom Smith worked hard to ensure my sale went through at the asking price. He is an amazing person and outstanding Realtor.
Chuck Bissey
Fredericksburg, VA

Tom Smith handled the sale of my property. He kept in contact with me to inform me others interest in the property and the current market situation. He always took as much time as needed on the phone to make sure there was clear and complete communication with all options explored. As market conditions changed over time, the property sold at a lower price than originally listed. Tom was very gracious in offering to reduce his profit. I had to insist that he deserved his fair share. This is an example of Tom’s strong character. In respect, I am content with the final sale and will always have pleasant memories. Throughout the entire time, Tom demonstrated faithfulness to his word, perseverance, integrity, kindness and understanding.  He truly puts others before himself, displaying honorable servanthood. The world would be a better place if more people like Tom operated in it.
Susan Murray
Vermont

Well informed, understood the market and persuaded us to list at the right price, which was a lot more than I planned. Certainly glad he knew better as I would have seriously underpriced the property without his guidance. Tom Smith guided us through the best way to prepare our property for sale and identified improvements that made our home very appealing to buyers. He was a thorough and completely honest professional.
Mark Flannery
Port Royal, VA.

Tom Smith and Amanda Elrod are Fantastic! I can't imagine using anyone else to sell my home. They go above and beyond to treat you just like family.
MaryBeth Falk
Fredericksburg, VA.

View All Our Testimonials 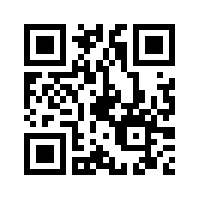